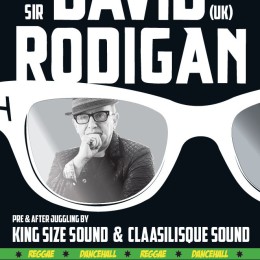 on Friday, September 18, 2015 we welcome the legendary Sir David Rodigan at the “Kingston Club”! Make sure you find your way to the Gaskessel in Bern/Switzerland to enjoy a night full of Reggae & Dancehall vibes!

We were all counting the days for his return since David Rodigan’s last appearance in Bern/Switzerland, which is dating back to October 16, 2010. It took a while to find the right date in his extensive touring agenda – no wonder, considering the long lasting reggae DJ career of David „Ram Jam“ Rodigan and the huge demand for him. 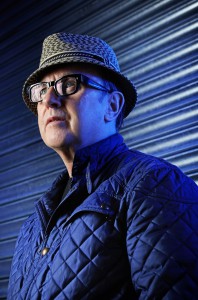 Since more then 35 years Sir David Rodigan is teasing Reggae & Dancehall fans worldwide with his musical selections, famous & historical dubplates, speeches and antics. In the early 60’s he discovered Ska while still beeing a schoolboy and it took him down the right lane, helping him to delevop an unsinkable passion for reggae music and Jamaica. Rodigan is into reggae & dancehall music for a long long time, for his radio shows he interviewed and met all famous artists from the 70’s up to this day – even the late ones like Bob Marley, Dennis Brown and Garnett Silk got interviewed by him. These experiences and all the other thousands of „untold stories“ made David became a living encyclopaedia of Jamaica’s musical history.

David Rodigan will please the crowd in Bern with a mixture of new reggae & dancehall music, re-styled tunes from the past, old pearls and a of course a lot of entertainment!! We are happy to welcome the dancehall’s living legend at the „Kingston Club“ in Bern/Switzerland.

As you can imagine the line up is not completed as of yet – we also invited Basel’s #1 dancehall entertainers „Claasilisque Sound“ with Scolou, Easy Yves & Dominik to join us at the „Kingston Club“.

Classilisque Sound got founded in 2004 and are known as crowd pleasers and originators of the longest running reggae & dancehall party in Switzerland – the „Irie Monday“!! Since 2008 „Irie Monday“ is taking place every monday and quickly became a solid home base for reggae & dancehall lovers in Switzerland’s north. On Weekend’s you can usely catch them at the Kaserne, Basel where they are co-hosts of the „Full Attention“ Event series.

ps….by the way, the pre-sale is running make sure you get your tickets in time!!

pps…check the video of David Rodigan’s appearence at the “Kingston Club” @ the Gaskessel, Bern / Switzerland