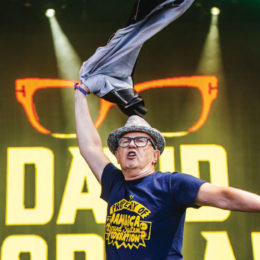 Guess who’s back at the #KingstonClub? Sir DAVID “RAMJAM” RODIGAN!!

On Saturday, September 16, 2017 we welcome the legendary Sir David Rodigan for the 2nd time at the “Kingston Club”! Make sure you find your way to the Gaskessel in Bern/Switzerland to enjoy a night full of Reggae & Dancehall vibes!

We were all counting the days for his return since David Rodigan’s last appearance in Bern/Switzerland, which is dating back to September 18th, 2015. It took a while to find the right date in his extensive touring agenda – no wonder, considering the long lasting reggae DJ career of David „Ram Jam“ Rodigan and the huge demand for him.

Nearly 40 years Sir David Rodigan is now teasing Reggae & Dancehall fans worldwide with his musical selections, famous & historical dubplates, speeches and antics. In the early 60’s he discovered Ska while still beeing a schoolboy and it took him down the right lane, helping him to delevop an unsinkable passion for reggae music and Jamaica. 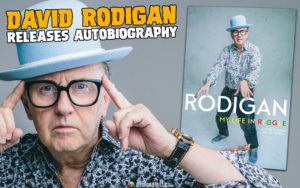 Rodigan is into reggae & dancehall music for a long long time, for his radio shows he interviewed and met all famous artists from the 70’s up to this day – even the late ones like Bob Marley, Dennis Brown and Garnett Silk got interviewed by him.

These experiences and all the other thousands of „untold stories“ made David became a living encyclopaedia of Jamaica’s musical history. All this and more can also be read in his biography “David Rodigan – my life in Reggae” which came out early 2017!

David Rodigan will please the crowd in Bern with a mixture of new reggae & dancehall music, re-styled tunes from the past, old pearls and a of course a lot of entertainment!! We are happy to welcome the dancehall’s living legend at the „Kingston Club“ @ Gaskessel in Bern/Switzerland. 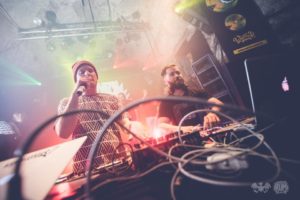 As you can imagine the line up is not completed as of yet – we also invited Basel’s #1 dancehall entertainers „Claasilisque Sound“ with Scolou & Easy Yves to join us at the „Kingston Club“.

Classilisque Sound got founded in 2004 and are known as crowd pleasers and originators of the longest running reggae & dancehall party in Switzerland – the„Irie Monday“!! Since 2008 „Irie Monday“ is taking place every monday and quickly became a solid home base for reggae & dancehall lovers in Switzerland’s north. On Weekend’s you can usely catch them at the Kaserne, Basel where they are co-hosts of the „Full Attention“ Event series.  And yes, for those of you who feel say we had the same line up two years ago – yes, your right, but if it nice you have to play it twice!

ps….by the way, the pre-sale is running make sure you get your tickets in time!!

pps…check the video of David Rodigan’s appearence at the “Kingston Club” @ the Gaskessel, Bern / Switzerland$$