on Saturday, 23rd January 2016 we welcome Oli & Joscha from Silly Walks Discotheque at the “Kingston Club”. Make sure you find your way to the Gaskessel in Bern/Switzerland to enjoy a night full of Reggae & Dancehall vibes!

SILLY WALKS DISCOTHEQUE history dates back to 1991, when Oli founded the Sound in Hamburg/Germany and went on a mission that already lasts for 25 years. Silly Walks can easily be counted to the top-pioneers of the european reggae & dancehall scene, spreading reggae’s music and message all over Europe, Africa & more. While beeing supported on the mic throughout the 90’s by later reggae superstar Gentleman, the crew now consists of Selector Oliver and MC Joscha (since 2004). As a Soundsystem Silly Walks Discotheque are one of the most popular formations of Europe and is constantly touring the whole of Europe as well as Africa and the Americas. 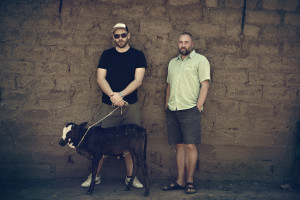 In addition to their Soundsystem activities Silly Walks Discotheque is a very well versed Reggae/Dancehall producer team. Already at the beginning of the millennium they released some style setting albums under their former name Silly Walks Movement such as “Songs of Melody”, released by Four Music in 2002 followed by further releases with artists like Jan Delay, Patrice, Max Herre, Genleman, Luciano, Capleton, Louie Culture & many more!

In 2012 a Silly Walks Discotheque Various Artists Album titled “Storms of Life” has been released followed by the 2013 One Riddim – Jugglings “Honey Pot” – with Jamaican #1 hit “Smile Jamaica” by Chronixx – and “Brighter Days” – with the Busy Signal/RC combination “Dreams of Brighter Days” and the cover version of Michael Boltons “Soul Provider” by Romain Virgo, which climbed to #1 in several Caribbean and African states and is part of the current “Reggae Gold” compilation by VP Records. Also check out the recent Silly Walks releases like Clocktower & Ram Jam Riddim.

We are proud to present you Oli & Joscha from Silly Walks Discotheque as guests at the Kingston Club and we are looking forward for night full of good reggae & dancehall vibes.

The line up for Saturday, 23rd January 2016 will be completed with the addition of “Burning Cloud Sound”, a young and upcoming reggae & dancehall selector from Bern City who is going to take care of the warm-up duties!

We are inviting you all to join us for a great night at the Kingston Club – be at the Gaskessel from early out and enjoy the vibes!

=> Pre-Sale Tickets can be found on www.starticket!!

=> add the event to your Facebook-Agenda!! 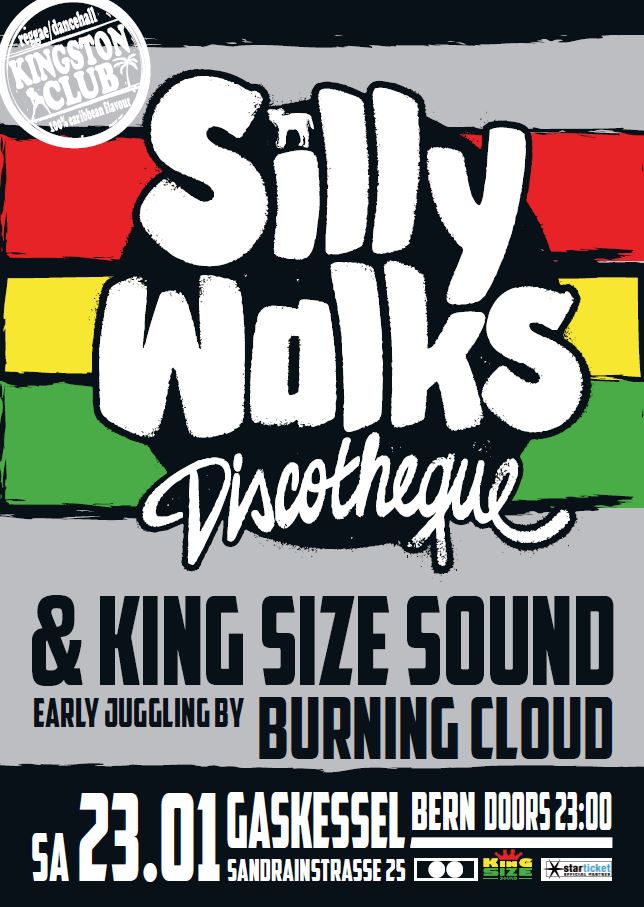