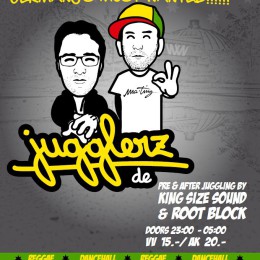 This Saturday, March 21st, 2015 it will be all about the “Kingston Club” at the Gaskessel in Bern/Switzerland – get yourself ready for a wicked Reggae & Dancehall Night featuring JUGGLERZ, ROOT BLOCK & KING SIZE SOUND!

Jugglerz Sound only means one thing….Dancehall Entertainment at it’s best!!
DJ Meska and Shotta Paul are known to deliver inspiring stage performances, whether they play on a festival site or in a club setting – a Jugglerz Party always goes beyond all limits! 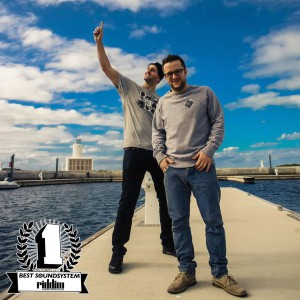 The weekly Jugglerz Radioshow (always on Thursday afternoon) has become the speaking tube and reference for the Reggae and Dancehall-Scene in Germany, Austria and Switzerland.

Jamaica, Trinidad, Japan, Bermuda, USA, UK: Jugglerz have been there partying – or even winning a Reggae soundclash. DJ Meska’s mixtapes are playing all over the world and as a music journalist Shotta Paul even published a book about Reggae music.

As a last honorable mention, a public vote in the German Reggaezine “RIDDIM” brought Jugglerz to the forefront of the German Reggae & Dancehall scene as they got voted “Sound of the Year” for 2014 – a well earned title! 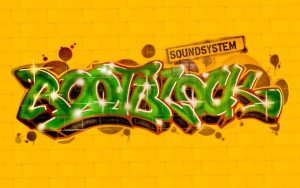 Root Block Soundsystem from Biel/Bienne – they are not only known as soundsystem and entertainers, they are also very well known for organizing dances & concerts at one of Switzerland’s most famous Reggae & Dancehallspot – the “Coupole” in Biel/Bienne.

They shared and even organized the stage for many of our beloved artists like T.O.K, Romain Virgo, Anthony B and many more, they also invited a lot of soundsystem & DJ’s to play in Biel/Bienne. Let’s Welcome the crew around Draiwa, Mykal, Lionpaw and Blest in Bern City!